Thoughts for Thursday – How many blogs in a week? 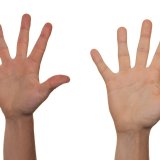 Tearing my hair out is not a good look. But that is essentially what I am doing since I committed to posting twice per week. So – just how often do I need to blog to be effective? (I am seriously hoping that the answer is one a week). Michael […]

You would be hard pressed to find someone who didn’t have songs that meant something to them at particular times in their lives. This is particularly so in times of extreme emotions. In August 2002, I was diagnosed with acute promyelocytic leukaemia after a blood test. I had been bruising […]

Another short story available on Amazon 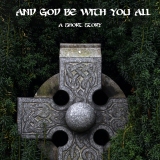 The Power of Positive Affirmations 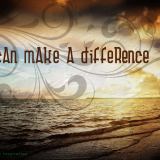 Originally posted on CraftTea Witch:
It’s no secret that positive affirmations work. You’ve probably heard someone recommend them before to help boost your mood, motivate you, or to generally improve your outlook on life. A positive affirmation is a self-truth. It’s a statement that we know or desire to be…

Why I don’t use Beta Readers #WriterWednesday #AmWriting

Originally posted on D.E. Haggerty:
As many of you know, I’ve just finished the draft of my latest novel (insert shameless plug for new novel here). Now that the manuscript is off to the editor, it should be time to send the ARC to beta readers. Notice me rushing…

Today I Learned That Not Everyone Has An Internal Monologue And It Has Ruined My Day.

Originally posted on Inside My Mind:
My day was completely ruined yesterday when I stumbled upon a fun fact that absolutely obliterated my mind. I saw this tweet yesterday that said that not everyone has an internal monologue in their head. All my life, I could hear my voice in…

What amount of research goes into writing fiction? Don’t we just make it all up anyway? #AmWriting #AmReading

Originally posted on D.E. Haggerty:
Readers (and friends and acquaintances and strangers you meet during tennis matches) often have ‘funny’ ideas about what it’s like to be a fiction writer. These ideas are mostly so far off base it isn’t even funny (No, actually, I don’t spend the entire…

After a book cover? Check out Authors’ Tale Pre-made covers

Originally posted on Rebecca Chaney:
Hi all, So this week, after much umm’ing and ah’ing, I decided to submit my middle grade manuscript to Pitch Wars. For those unaware, Pitch Wars is a mentoring program where mentors select a writer and work with them over a three month period, offering…